The world’s oceans are vast and elusive. They cover 90% of the Earth’s habitable space, but humans have explored less than 10% of them. And, oceans are responsible for producing 50-80% of the oxygen we breathe (the majority is produced by microscopic algae known as phytoplankton). However, plastic pollution is quickly taking over - it's estimated that by 2050, our oceans will contain more plastic than fish. Where is all this plastic coming from, and how did the problem get so bad?
​​ 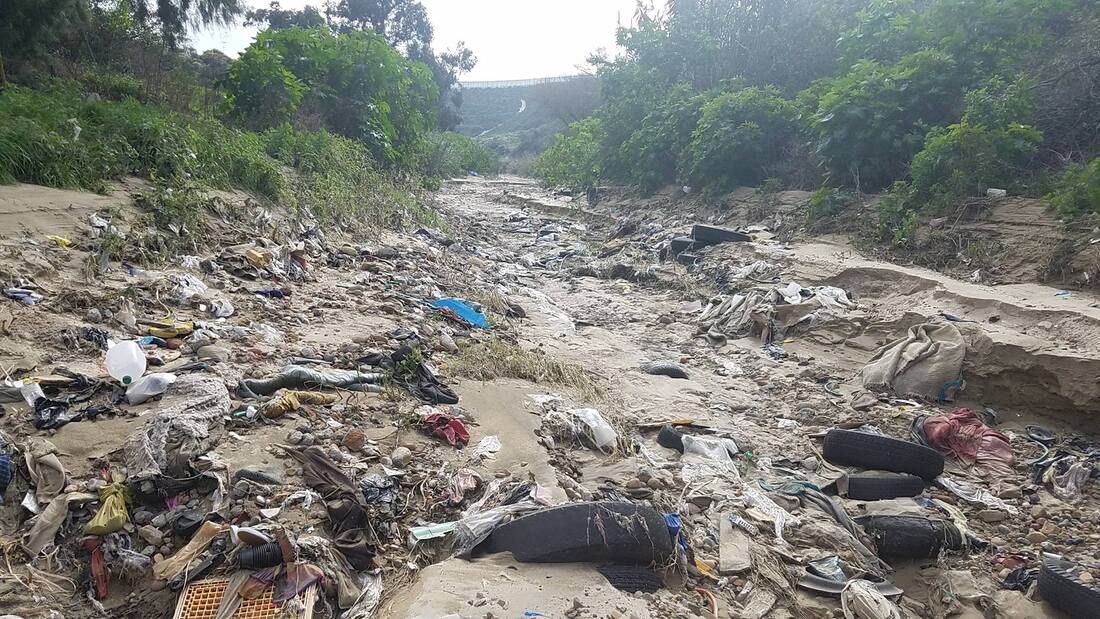 The United Nations’ World Oceans Day was created to celebrate the beauty of the ocean while also acknowledging the impact human actions have on them. The need for sustainable ocean management and conservation is dire. The 2017 United Nations Clean Seas Campaign estimated that there are 51 trillion microplastic particles in the ocean today, 500 times more than the number of stars in our galaxy.

All of this plastic, which can break down into micro-plastics in the ocean, releases chemicals and threatens marine life who mistake plastic particles for food. As a result, this pollution finds its way into our own food chain. It’s estimated that 80% of the world’s ocean plastics flow downstream from rivers and watersheds.
​ 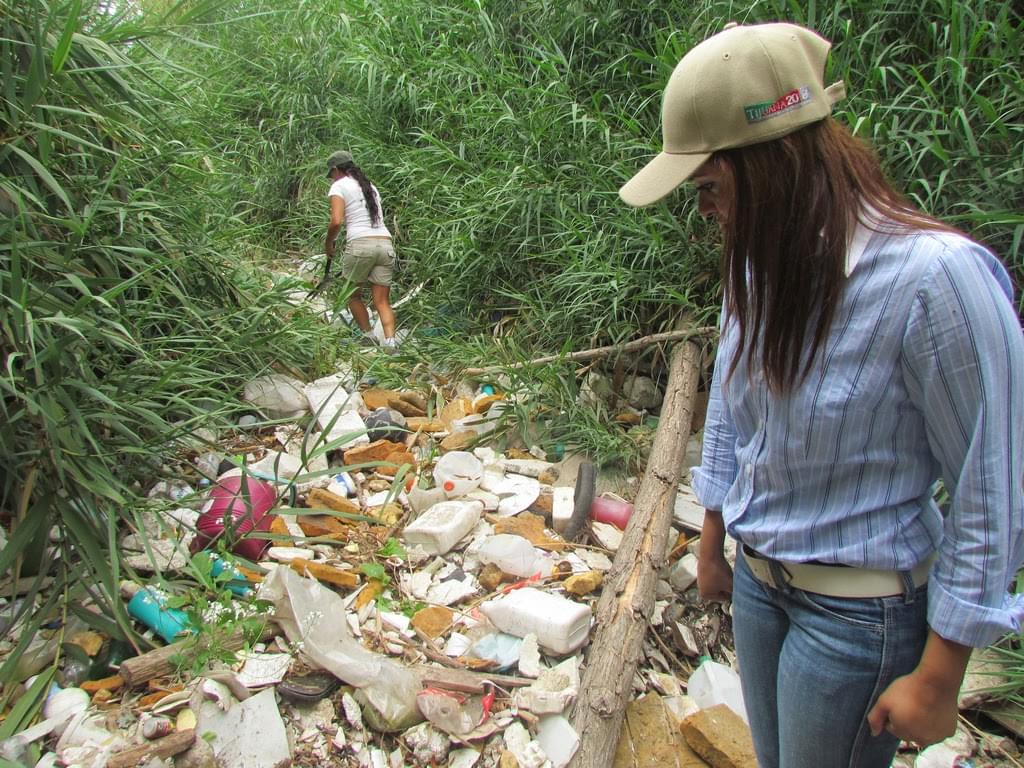 120 miles in total, the Tijuana River flows through Northwest Mexico, Southern California and into the Pacific Ocean. The river’s coastal estuary is made up of many diverse and sensitive habitats including beaches, sand dunes, mudflats, salt marshes, and vernal pools. Sadly, these ecosystems and public health in border region communities are under threat because of the water flows. ​
Community members build their homes using whatever materials they can find. several neighborhoods have deficient services or have no services - no water, trash removal, electricity or sewage system. People in the canyon are living in poverty and exposed to harmful trash and toxins. When heavy rains and water move through the canyon, they carry the debris from these settlements with it. This waste - tires, plastic bottles, chemicals, even mattresses - end up downstream in Imperial Beach California, the Tijuana Estuary and subsequently the Pacific ocean.
​

​“Many are quick to judge these people as ‘dirty people' who just dump their trash into the river”, explains Fay Crevoshay, Communications & Policy Director for WILDCOAST.

​“But what would you do if no one picked up your trash?
​Where would you put it?” 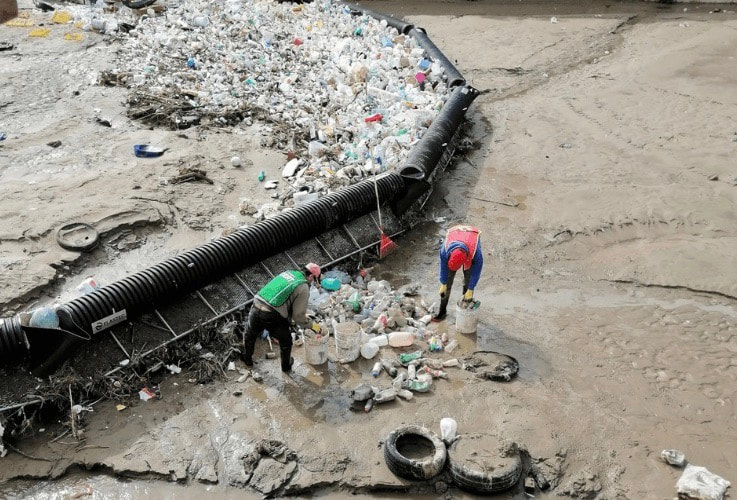 ​WILDCOAST is an international organization working with communities to conserve and protect coastal and marine ecosystems. In Mexico, WILDCOAST is capturing and recycling plastic waste from the Tijuana River before it ends up in the ocean. They installed a “trash boom” along the river which acts as a physical barrier to capture trash and prevent it from moving further downstream whilst allowing the water to continue flowing. Since January, WILDCOAST’s boom has captured over 10,000 pounds of plastic waste. They are able to recycle 93% of what is captured.
​

“Water doesn’t care about an international boundary. It's going to move where it needs to move, from a high elevation to a lower elevation”, explains Lisa Gilfillan, Ocean Conservation & Education Coordinator with WILDCOAST.

“As all of that water moves through the canyons  predominantly in Mexico, it is being carried to the Tijuana River which empties directly into the southernmost marine protected area in California. WILDCOAST is focused on preserving our marine protected areas so of course this issue is important to us.”

“Be compassionate to people. It’s easy to point the finger at them and say these people are producing all the plastic waste, but in reality they’ve likely got other major problems they’re dealing with”, explains Lisa.

​“If you’re dealing with poverty and hunger and all these other social justice issues, plastic and recycling is not going to be your top priority. We need to work with communities to find holistic solutions that benefit everybody."

​​How You Can Help Conserve Our Oceans 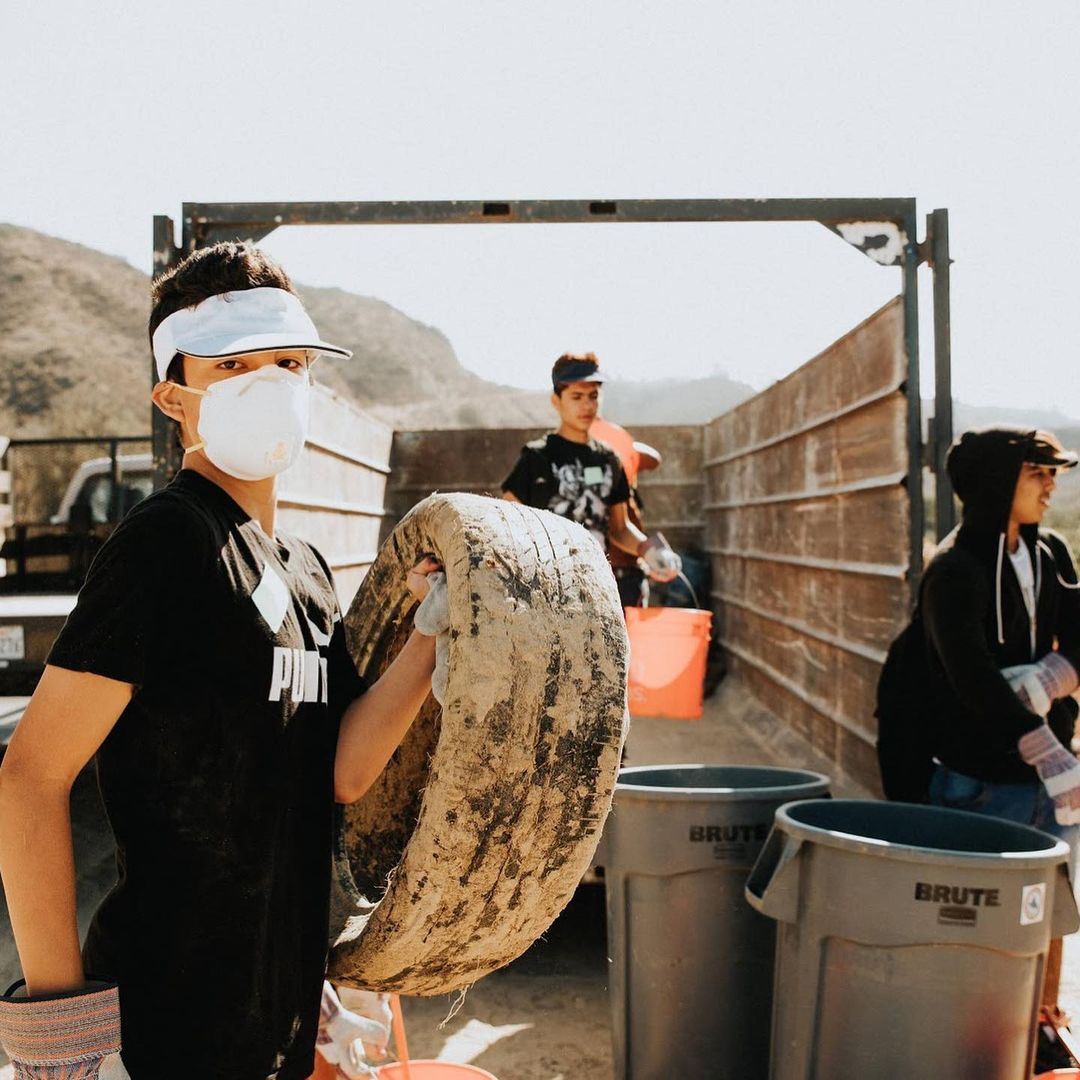 As a company, World Centric is working to reduce the environmental impact of the foodservice industry by creating certified compostable products made from renewable plant-based materials. Our hot and cold NoTree cups made from sugarcane paper and molded fiber utensils made from plant fibers are two examples of our commitment to innovating the most sustainable solutions to replace petroleum plastic foodservice ware.